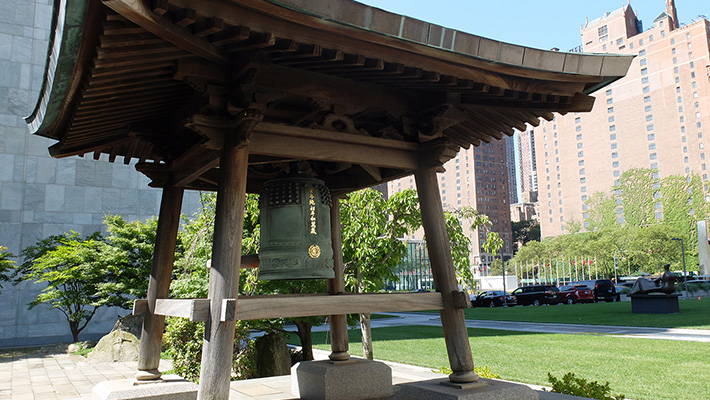 Will the Peace bell ring?

75 years have passed since the nuclear bomb was dropped on Hiroshima and Nagasaki.  Now the pandemic of COVID-19 has arrived. It might not be an exaggeration to contend that It’s a war against an enemy we cannot see. During these four months, the World Health Organization has misjudged the threat of the virus as it emerged from China to the world. The United Nations, based in New York, has decided to hold the General Assembly remotely in September because of the pandemic. In 1954, two years before Japan joined the United Nations, One Japanese man whose name is Chiyoji Nakagawa donated the peace bell with faith and energy.

The bell is located in the Japanese garden of the UN headquarters in New York.  It has always been ringed annually in front of UN ambassadors at the first assembly of the year by the Secretary General and the chairperson at the same UN Peace day on September 21.

According to the Permanent Mission of Japan to the United Nations, they have not yet received any official invitations from the UN head  office  for the ceremony.  There is a possibility that the ceremony will be cancelled, but our wish  for the peace bell is to ring it  even through the online assembly. This is the time for the Permanent Mission of Japan to show what they are capable of. The summer of the 75th year anniversary of the end of the war, the bell shall ring, the bell needs to ring. The pandemic will not stop the bell from fulfilling its mission. (Ryoichi Miura/ translated by Kanta Hakamata from the article of August 15th issue/Proofread by Ashley Matarama) 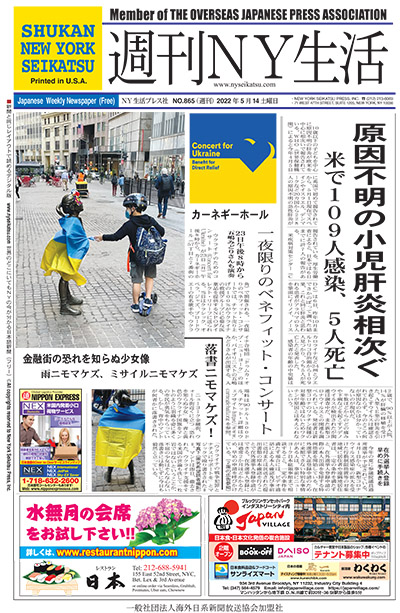