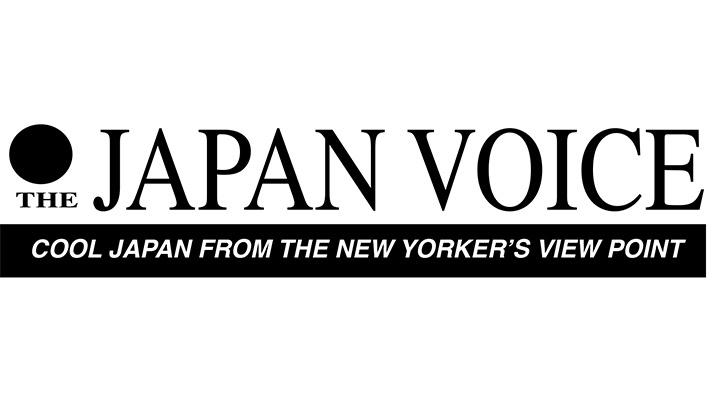 MEDICAL INNOVATION CONSORTIUM Chairman of the Board of Directors

The world’s first 8K endoscope was developed by Japanese doctors using technology from the NHK Broadcasting Technology Research Laboratories (NHK Giken). It enables extremely thin nerves and blood vessels to be projected on a large screen, making advanced surgical operations safer than ever before. How will this unprecedented resolution change the medical field? We interviewed the developers.

The world’s first 8K rigid endoscope was developed by Dr. Toshio Chiba, a surgeon, who is a project  professor at Juntendo University School of Medicine and a chairman of Medical Innovation Consortium (general incorporated association) originally to perform endoscopic surgery on fetuses.

It all started in 2006, when Chiba, who was working as a doctor at the National Center for Child Health and Development (NCCHD), was glued to a documentary broadcast on NHK about the arrest of hijackers. He was fascinated by the fact that the faces of the people involved were clearly visible, despite the fact that the camera footage was shot late at night in total darkness. “I strongly felt that I wanted to utilize this video technology in endoscopic surgery,” he said. Without making an appointment, he immediately went to NHK Giken, which was located across the street from his office at the NCCHD. As luck would have it, he bumped into Kenkichi Tanioka, then director of the institute. On the spot, he decided to start development of “HARP” night-vision technology and “8K” ultra-high definition technology for use in rigid endoscopes.

Chiba, who joined the world’s first clinical surgery using an 8K rigid laparoscope to remove a gallbladder, was amazed at the high-definition images projected on the monitor screen. The 8K image has 16 times more pixels than the 2K endoscope currently in use, enough to read a newspaper 10 meters away, and clearly shows even the extra-fine blood vessels, nerve fibers and sutures that are invisible to the naked eye. “It was as if we were operating inside the patient’s abdomen, like watching the movie ‘Microscopic Death Zone’ (a 1966 American science fiction film),” he says.

However, the prototype 8K endoscope introduced clinically in 2014 weighed 2.5 kg; even a two-or-so-hour operation with the machine in one’s hands was quite a burden. Therefore, making it smaller and lighter for practical use in surgery was a major challenge. After much effort, Dr. Chiba succeeded in reducing the weight to 450 g in just four months. 8K rigid endoscopes were put to practical use in 2017, and the “8K surgical microscope” was subsequently launched.

Japan has very high technological capabilities in 8K image sensors and endoscopic lenses, which has made it possible to put this technology to practical use,” he recalls. Compared to conventional endoscopes, 8K gives overwhelmingly realistic sensations as if you were there. Once you experience it, you will never go back to the image quality of the past. This technology, which allows detailed precise observation of the internal structures of the body, will not only enable safer and more accurate surgery, but will also be able to perform operations that were extremely difficult previously. “It will also make it possible to use surgical techniques of skilled surgeons for educational purposes, and to more practically provide online medical care and remote surgery by specialists,” Chiba says, adding that the potential in medicine is great. Chiba adds, “It is important to put good things to practical use as quickly as possible. To achieve this, I believe that open innovation that crosses national and industrial boundaries is necessary. Indeed, we would like to cooperate with people and companies overseas to develop and extend 8K technology.” Japanese imaging technology, which has developed mainly in TV broadcasting, has an impact that could change the future of medicine. (Ryoichi Miura, reporter; also photo)

Dr. Toshio Chiba graduated from Tohoku University School of Medicine and worked there as a pediatric surgeon until 1996. He was appointed as a Visiting Assistant Professor (Michael R. Harrison Professor) at the Fetal Treatment Center, University of California, San Francisco (UCSF) in 1997, and became a Visiting Professor and Senior Research Fellow at UCSF in 1998. In 2001, he returned to Japan to become Director of the Department of Special Medicine at the NCCHD, and also served, from 2013, as a Professor at the Graduate School of Information Science and Technology, the University of Tokyo. In 2006, he began developing an 8K endoscope together with NHK Giken, based on his experience performing fetal endoscopic surgery in the U.S. In 2014, he led the world-first clinical 8K endoscopic surgery to success. In 2012, he started the Medical Innovation Consortium (MIC). In February 2020, he won the Albert Schweitzer Prize for his outstanding achievements, including the world’s first success in the 8K endoscopic surgery and its subsequent business development. He is currently a professor at Juntendo University School of Medicine. Dr. Chiba is the husband of Machiko Chiba, a well-known cookery specialist who contributes regularly to this newspaper.

The pre-game first pitch ceremony by Ambassador Mikio Mori, Consul General of Japan in New York, was scheduled to be held on the evening of May 13 at Citi Field, the New York Mets’ ballpark, but due to an oversight by the team, the ceremony was not held just before the Ambassador threw the ball on the mound. On this day, “Japan Night” was held at the stadium as a pre-publicity event for the Japan Parade to be held in Manhattan the following day. The mood was full of excitement. Many Japanese people came to the stadium to enjoy the Japan Night ceremony and the first pitch. When Ambassador Mori’s name was announced loudly over the field announcements, he responded to the cheers by waving to the audience. The Mets pitcher, however, paid no attention to the Ambassador and continued his pitching practice. The Mets baseball team posted the following apology on its website. “We deeply and sincerely apologize for the disruption during the first pitch ceremony on Friday, May 13 and any offense it caused for Japanese Ambassador Mori this past week. We take full responsibility for the timing and process miscommunication and hope to have the opportunity for the Ambassador and his guests to return for a future game to celebrate and throw the ceremonial first pitch.”  (Photo & article by Ryoichi Miura) 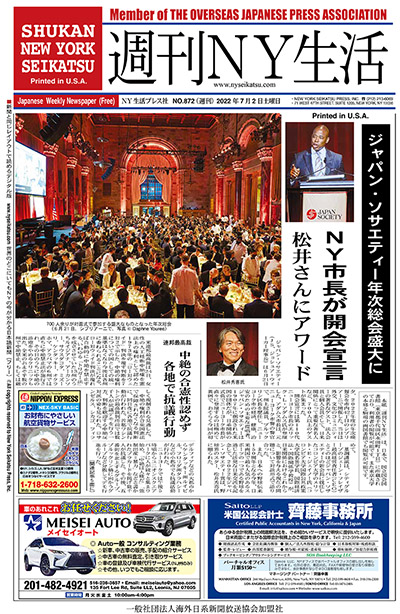